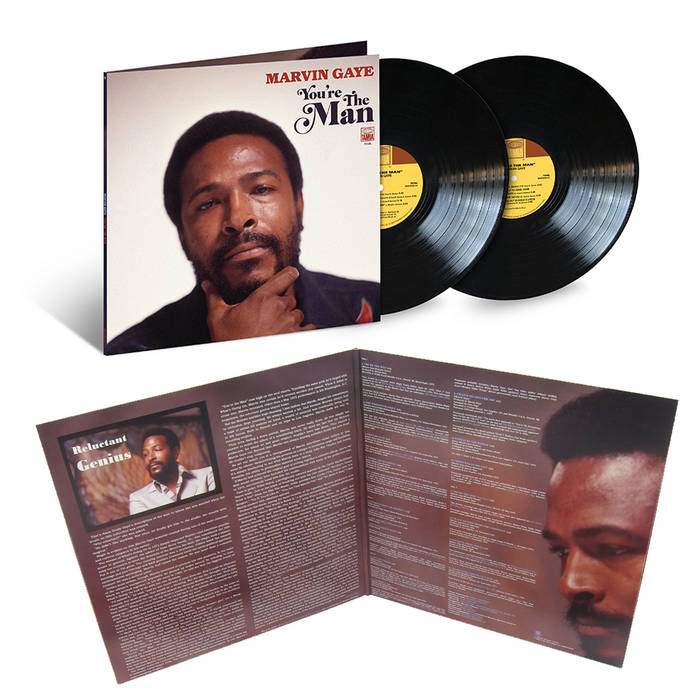 The much heralded "lost" Marvin Gaye album 'You're The Man' recorded in 1972, the same time Marvin released the 'Trouble Man' soundtrack. This album, or at least some of these tracks, would have been the follow-up to his 'What's Going On' album. Now finally released on double vinyl in a gatefold sleeve.

In 2019 Motown celebrates its 60th Birthday, the same year Marvin Gaye would have turned 80! Groovescooter, who are celebrating their 21st birthday this year, are presenting a bunch of specials and events, to mark the Motown/Marvin occasions. First up, there's our screening of the Blaxploitation classic 'Trouble Man' on July 5 (Tix: tinyurl.com/MarvinMotownMovie) where you'll be able to grab the new Marvin Gaye album on 2xLP for the special price of only $40AUD. Believe us, you won't find it for anywhere near that price anywhere!

You can pre-order it at this special price right here on Bandcamp and pick it up at the screening if you want to be sure not to miss out. STOCK IS LIMITED AT THIS PRICE.

Bandcamp Daily  your guide to the world of Bandcamp

outré black metal, with a Victory Over the Sun interview and music from Liturgy and Jute Gyte.